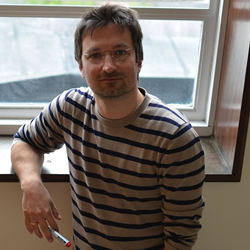 Yiannis Andreopoulos obtained the Electrical Engineering Diploma and an MSc degree from the University of Patras, Patras, Greece. He obtained the PhD in Applied Sciences from the University of Brussels (Belgium) in May 2005. During 2002-2004, Dr Andreopoulos made several decisive contributions to the ISO/IEC JTC1/SC29/WG11 (Moving Picture Experts Group – MPEG) committee in the early exploration on scalable video coding. During his post-doctoral work at the University of California Los Angeles (US), he performed research on cross-layer optimization of wireless media systems, video streaming, and theoretical aspects of rate-distortion-complexity modelling for multimedia stream processing systems. From Oct. 2006-Dec. 2007, he was Lecturer at the Electronic Engineering Department of Queen Mary University of London. Since Dec. 2007, he is with the Electronic and Electrical Engineering Department of UCL, in 2018 he was made Professor in Data and Signal Processing Systems and is an academic member of the Communications and Information Systems Group. 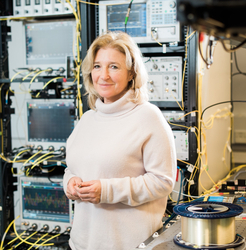 Professor Polina Bayvel is the Head of the Optical Networks Group at UCL which she also set up in 1994. Her research interests are in the area of optical communications and include wavelength-routed optical networks, high-speed optical transmission, and the study and mitigation of fibre nonlinearities. She was one of the first to show the feasibility of using the wavelength domain for routing in optical networks, and designed wavelength-selective devices needed for their characterisation and implementation. More recently she has focused on the study of capacity limits in nonlinear optical networks and optical networks for the cloud. She has authored or co-authored more than 350 refereed journal and conference papers.

Polina Bayvel received her BSc (Eng) and PhD degrees in Electronic & Electrical Engineering from University of London, UK, in 1986 and 1990, respectively. In 1990, she was with the Fiber Optics Laboratory, General Physics Institute, Moscow (formerly USSR, now Russian Academy of Sciences), under the Royal Society Postdoctoral Exchange Fellowship. She was a Principal Systems Engineer with STC Submarine Systems Ltd, London, UK, and Nortel Networks (Harlow, UK, and Ottawa, ON, Canada), where she was involved in the design and planning of optical fibre transmission networks. During 1994-2004, she held a Royal Society University Research Fellowship at University College London (UCL), and in 2002, she was appointed to a Chair in Optical Communications and Networks.

Professor Bayvel is a Fellow of the Royal Society (FRS), Royal Academy of Engineering (FREng), Optical Society of America (FOSA), Institute of Electronic & Electrical Engineers (FIEEE), the UK Institute of Physics (IoP), and the Institute of Engineering and Technology (IET). She was the recipient of the Royal Society Wolfson Research Merit Award (2007-2012), 2013 IEEE Photonics Society Engineering Achievement Award, 2014 Royal Society Clifford Patterson Prize Lecture and Medal and in 2015 together with 5 members of her group, received the Royal Academy of Engineering Colin Campbell Mitchell Award for 'pioneering contributions to optical communications technology'. She was the PI of the UK EPSRC Programme Grant UNLOC (2012-2018), focused on unlocking - and maximising - the capacity of optical communications., and now leads the TRANSNET Programme Grant (2018-2024).

She was awarded CBE (Commander of the Order of the British Empire) in the 2017 New Year's Honours List for services to engineering. 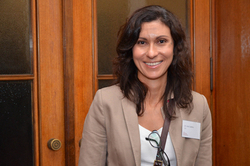 Dr Lidia Galdino received the M.Sc. and Ph.D. degrees in electronic and electrical engineering from the University of Campinas, Brazil, in 2008 and 2013, respectively.

Dr Galdino commenced a lectureship and a Royal Academy of Engineering Research Fellowship in September 2018 on the topic of "Capacity-approaching, Ultra-Wideband Nonlinear optical Fibre Transmission System".  She previously worked as a Senior Research Associate on the EPSRC UNLOC programme grant.

She is Associate Editor of Optical Fiber Technology and part of the Technical Programme Committee for IEEE Photonic Conference (IPC).

Dr Galdino was a co-recipient of the RAEng Colin Campbell Mitchell Award in 2015 for pioneering contributions to optical communications technology and named as one of the 2017 “Top 50 Women in Engineering under 35” by The Telegraph and Women in Engineering Society which features the U.K.’s top rising female stars of engineering. 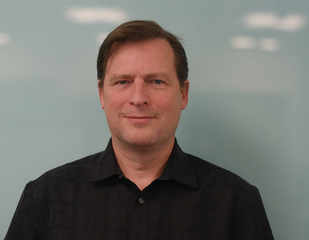 Robert Killey received his B.Eng. degree in Electronic and Communications Engineering from the University of Bristol, U.K., in 1992 and the M.Sc. degree in Microwaves and Optoelectronics from UCL, U.K., in 1994.

He received the D.Phil. degree from the University of Oxford, U.K., in 1998. His doctoral work was on InGaAsP Fabry–Perot optical modulators and their applications in soliton communications.

He has been a member of the academic staff at UCL since 2000 and is currently a co-investigator on the EPSRC TRANSNET project; a multidisciplinary research programme investigating intelligent resource allocation in dynamic optical networks

Dr Killey is an Associate Editor of the IEEE/OSA Journal of Lightwave Technology and the IEEE Photonics journal, and has served on the Technical Programme Committees of OFC and ECOC. He was a recipient of the 2015 Royal Academy of Engineering 2015 Colin Campbell Award, and is a Senior Member of the IEEE. 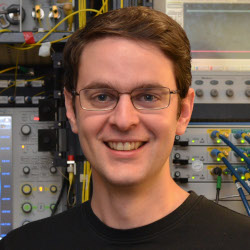 Domaniç Lavery received the MPhys degree in Theoretical Physics from the University of Durham in 2009. Following this, he joined the Optical Networks Group (ONG) at UCL to undertake a Ph.D investigating digital coherent receivers for passive optical networks, which was awarded in 2013.

Dr. Lavery commenced a lectureship and a Royal Academy of Engineering Research Fellowship in December 2016 on the topic of "Simplified Transceiver Architectures for High Capacity Optical Networks", having previously worked as a Postdoctoral Research Associate publishes regularly on the topic of optical communications.

On the EPSRC UNLOC project. He is a co-investigator in the EPSRC TRANSNET project; a multidisciplinary research programme investigating intelligent resource allocation in dynamic optical networks. He has worked on the Technical Programme Committee for several international conferences, including OFC and ECOC.

Zhixin Liu received the Ph.D. degree in Information Engineering from the Chinese University of Hong Kong, in 2012. Upon Ph.D. graduation, he received the Hong Kong Creative Fund and cofounded a start-up company. In 2013, he joined the Optoelectronics Research Centre (ORC) at the University of Southampton in the UK and became a Senior Research Fellow in 2015.

In 2016, he joined the Optical Networks Group at the department of electronics and electrical engineering at UCL. Dr Liu is a senior member IEEE and senior member OSA. He receives OSA Outstanding Reviewer Award in 2018.

Georgios Zervas is currently a Senior Lecturer in Optical and High-Performance Networks at University College London. He received his MEng degree in Electronic and Telecommunication Systems Engineering with distinction and PhD degree in optical networks from the University of Essex in 2003 and 2009 respectively. Following this, he held the positions of Research Associate and subsequently Research Fellow as a member of High-Performance Networks group at the University of Essex. He was appointed Lecturer in 2011. Following this, he held the positions of Lecturer and Senior Lecturer at University of Bristol until 2016 when he joined the Optical Networks Group at UCL. He also held the position of visiting Associate Professor at Keio University, Tokyo for 6 months.

George is a Co-Investigator on the TRANSNET grant since 2018.